No one minds waking up bright and early on a nice summer morning and going out, but doing it in the winter is a little more challenging. However, as fish usually feed at dawn and dusk, it’s advantageous to be out on the ice before sunrise. “The fish bite better in the early morning, 9 times out of 10. In my ice fishing seminars, I recommend people to wake up an extra hour early in order to prepare properly. Don’t rush to get out there because you want to make sure that you’re still following all the safety procedures. But getting out there for that early morning bite can definitely increase your chances of making a banner catch”, shares Wil Wegman. A tip for saving time in the morning is to prepare your gear the night before – you can even already have your breakfast ready!

2. Keep an eye out for pressure cracks.

Ice is continually contracting and retracting. “In some lake systems, like Lake Simcoe or Lake Memphremagog, you get these pressure ridges or cracks where the ice opens up, then cracks open, and then refreezes. Some pressure ridges just jut out high into the air as two massive ice sheets collide. In any case, you’ve got to be careful because the ice around them can be unsafe. Obviously, watch out for any kind of running water (river mouths) or bubblers. Those are areas where the ice is not as strong”, says the ice fishing expert.

3. Dress warmly once at your destination.

Ice fishing often involves a long walk that also requires hauling all your equipment on a sled. This physical exertion can make you perspire quite a bit. And when you sweat, your body will cool off due to the humidity once you stop exercising.

After you’ve drilled a few holes, set up your portable hut and get all your gear ready to allow the perspiration to dry and cool you down a bit before adding layers. “I’ve learned over the years that the ticket is to prepare yourself for that hike out onto the ice without putting every layer on. Don’t zip up your coat all the way and save that big wool sweater or heavy-duty fleece sweater until after you’ve settled into your fishing destination”, reveals Wil.

Bring along base layers and clothing that doesn’t retain moisture. Certain clothing and innovative materials like Gore-Tex don’t trap moisture. “The key for active anglers like myself is adding a good base layer that begins with moisture-wicking long johns before your preferred clothing, under a good snowsuit or a floater suit”, he adds.

4. Get around in a sled, snowmobile, or Scandinavian kicksled.

Snowmobiles are great, but you can also try out different modes of transportation. “I love ice fishing from my Scandinavian kicksled. Basically, if you can, imagine a dog sled without the dogs. You stand on the rudders or skis and kick yourself forward with the other foot to slide across the ice”, shares Wil. So, don’t hesitate utilizing other transportation to help you get to and from your fishing destination.

Another well-kept secret? “When I’m pulling my sled out, instead of sticking with the small rope that is often part of the sled, increase the length of that rope by about five or six times. Then, when you pull the sled out, it’s going to feel like it’s 10 times lighter than it really is. The closer you are to that sled with a short rope, the heavier it’s going to feel. So, if you want to make it easy on yourself – and I don’t know too many people who don’t – make sure that rope is longer. You just walk in the middle and pull it up with your waist,” explains Wil.

6. Select a fish finder or sonar and a battery-operated ice auger or drill.

This expert never heads out without his sonar. Top-of-the-line fish finders can be expensive, but there are several moderately-priced models that do a really good job, so he recommends them. “Instead of investing in tons of lures, tackle, and ice fishing rods, get a sonar. This tool helps you locate fish. It also helps me know my depth and get a glimpse of what’s below to find the fish. A sonar won’t catch the fish for you, but it will make you more confident”, suggests Wil.

A manual ice auger will suffice if you’re just starting out, but a rechargeable lithium battery powered unit, like the StrikeMaster 20 or 40 volt models, cuts through the ice easily. You can drill a hundred holes with it and you’re never going to have to worry about gas.

Contrary to what you may believe, ice fishing has some techniques to master to maximise your chances of successfully landing some fish. And the techniques vary from species to species.

“Lake trout, for example, are unique in that, during the open water season, they’re almost always near the bottom where they can have that colder water that they require as they’re a cold water species. During the winter season, all that open water below the ice is fairly uniform in temperature. It may vary by a couple of degrees, but it’s basically a couple of degrees above freezing. Lake trout are going to be wherever their bait fish are, and a sonar will help you track them within the water column”, says Wil, ice fishing champion and Rapala ambassador.

Once you mark a trout on your sonar, imitate the movements of their natural bait by reeling in your jig or spoon. “This will simulate a baitfish trying to escape from a top predator, and often, you can actually watch the trout chase your lure all the way to the surface before it grabs hold. When that happens, set the hook hard and enjoy the battle!” Wil adds.

8. Be ready for all fish species.

“When I go out, I like to have all my rods already pre-rigged. I’m a tournament angler. So I’ll go out there with a dozen or more rods, all with different actions; some for different species of fish, some that are good at deep water, and some that are good at shallow water. Once I have all my bases covered, I choose the rod according to the situation that I’m faced during the course of the day”, says the Rapala Pro staff.

Consider prepping in advance and bringing along different bait and lures for the different species found under the ice.

Wil Wegman is an award-winning outdoor writer and seminar host who was inducted into the Canadian Angler Hall of Fame in 1997. He has won the Rick Morgan Professional Conservation Award and the National Recreational Fisheries Award. He is an avid ice tournament angler and was a member of Team Canada at the World Ice Fishing Championships in 1991. He has also won the Perchin for MS Event and Perch Trap Attack on Lake Simcoe. 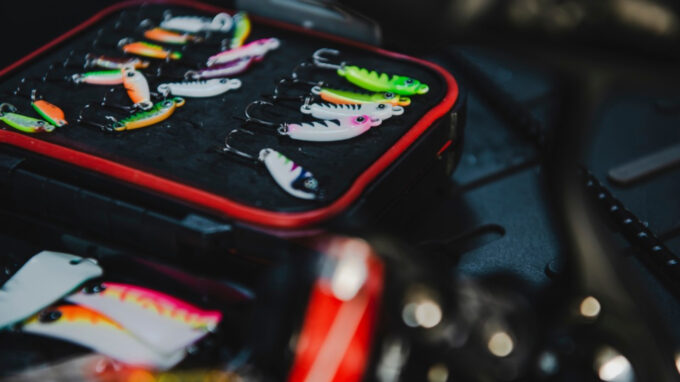 Ice Fishing for Perch in Ontario: Tips and Equipment Suggestions